The matrix below compares Botpress to other leading chatbot platforms. Examining the matrix allows you to...

What is a Chatbot platform?

A Chatbot platform is the software used by programmers to build and improve a Chatbot. A Chatbot can be defined as a computer program designed to mimic conversation with humans. Today, programmers have a wide range of AI Chatbot platforms available to help them develop suitable Chatbots to attract and retain customers.

Comparison Matrix between the different providers of Chatbot platforms:

The matrix below compares Botpress to other leading chatbot platforms. Examining the matrix allows you to clearly see the differentiated strategies of each platform.

There are a number of dimensions on which these platforms can be compared. Each platform has committed to an approach for their own reasons including their desire to meet the requirements of their target users. The following explains why Botpress chose a particular path over the alternative.

Botpress chose to prioritize developers over super users for building bots from scratch.

The upside of this decision however is that the overall flow design more efficient and more intelligible to developers than a flow that needed to be hacked together using a generic flow builder.

Ironically, the ease of use for super users is better (after the developers have done their work) than for a generic framework because super users can use customized screens instead of using generic screens that need to be hacked for a purpose.

Of course, Botpress has screens for super users out of the box that are separate from the screens aimed at developers. For example, the admin, analytics, NLP and content screens (including multi-language screens) are built for super users to be able to perform their role without relying on developers.

We took the decision to prioritize developers over super users when building bots from scratch because it is invariably the case that once a bot is started people realize that in order to make the user experience better they need custom tweaks to the behaviour that isn’t possible in a generic system.

Chatbot Platforms that are open vs. closed

Botpress chose to make the system open because in an emerging field where technological breakthroughs can come from anywhere, it is important to be able to easily access the best in class tools from your platform. It is also critical that your bot is easily extensible and can be modified to accommodate future use cases or new technology.

It is also often the case the chatbot ends up as a front end for many internal legacy systems so the ability to integrate different technologies needs to be at the heart of the platform.

Chatbot Platforms that are built to customizable vs. built for purpose

Platforms that focus on all users vs. only end users

Botpress chose to offer features for all users as opposed to just end users. All platforms offer some functionality for backend users such as admin and analytics portals, however only Botpress makes this functionality comprehensive and central to the bot by allowing unlimited customization of the way this functionality works and by allowing any new or customized components to be shared between all bots. Essentially Botpress is a CMS for chatbots.

Platforms that are modular vs. monolithic

Botpress chose to be modular vs. monolithic because it was built with third party developers in mind (as opposed to only internal developers). This architecture allows extensibility and sharing in a way that is not possible with monolithic systems. 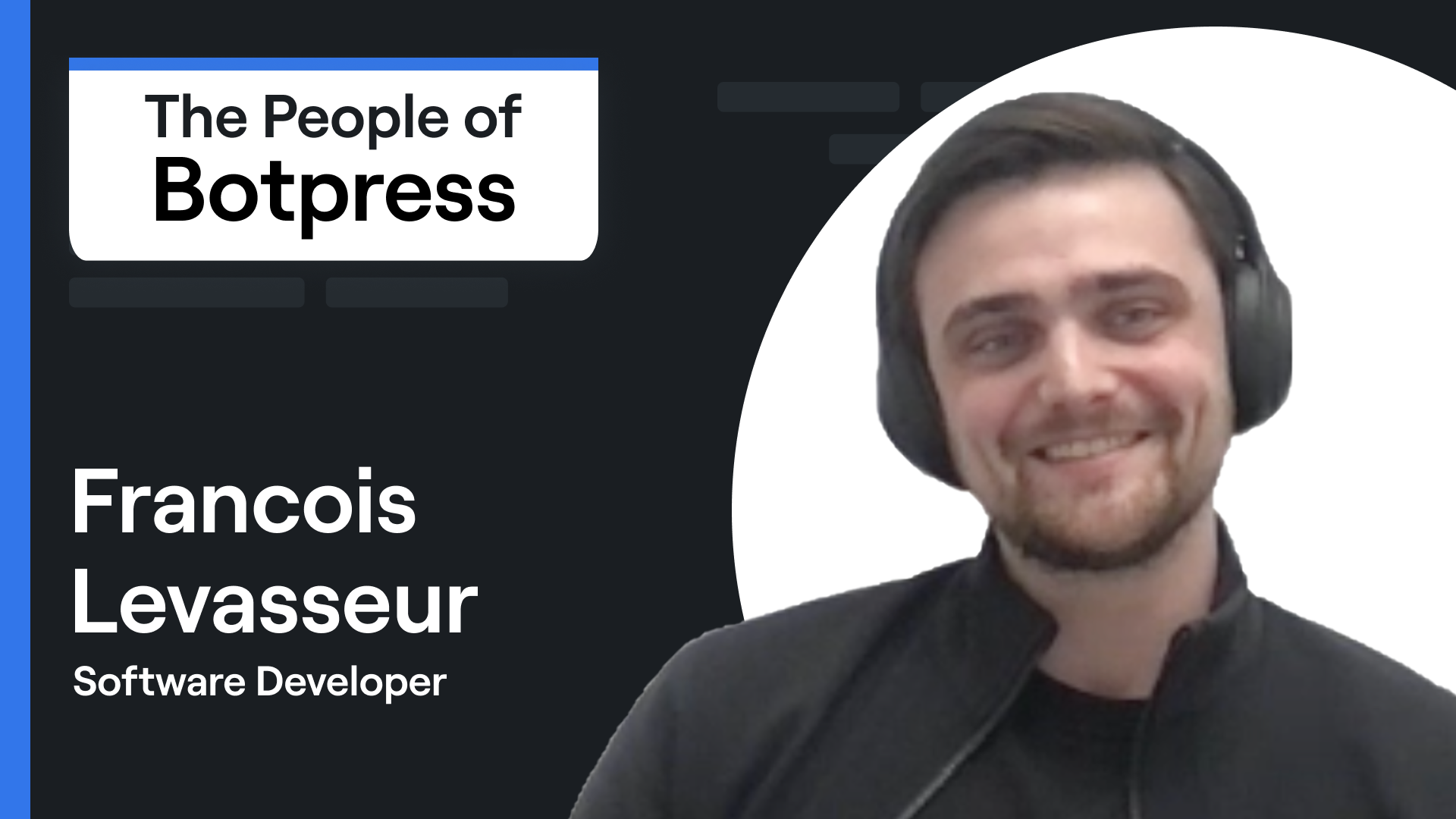 For Francois Levasseur, the Botpress team is “like a hockey team”. In our latest People of Botpress interview, Francois explains what he means by this and details his journey as a developer by highlighting some of his favorite projects that he’s worked on at Botpress.

Here are the detailed steps needed to hook up Botpress with Dashbot, a chatbot-specific analytics tool, with a free tier.