This article explains by means of an example what a deep neural network is and how they work. Artificial Intelligence (AI) is a broad set of computer science techniques that allow a computer to imitate human intelligence.

A Deep Neural Network (DNN) is a machine learning technique that allows a computer, by training it, to do tasks that would be very difficult to do using conventional programming techniques. Neural network algorithms were inspired by the human brain and its functions: like our human mind, it is designed to work not only by following a preset list of rules, but by predicting solutions and drawing conclusions based on previous iterations and experiences.

What is neural network architecture?

On the same computer you could, for example, train a neural network, then play with it against other people and let it learn as it played. From there, if a neural network can learn from different players, it may become difficult, or literally impossible, to defeat a deep neural network, even for chess masters.

How to visualize the work of a deep neural network?

A deep neural network’s process is best understood by looking at an example. Imagine you had hundreds of thousands of images, some of which had dogs in them, and you decided you wanted to write a computer program to recognize dogs in pictures.

You unwisely decide to try to do the former.

In order to identify dog pictures, you create a software program using “if” and “then” statements where the likelihood that you are looking at a dog is programmed to increase every time you identify a doglike attribute such as fur, floppy ears and a tail. However, this type of neural system is difficult on many levels:

For example if a clump of pixels resembles a tail increase the likelihood that you are looking at a dog. Your deep neural network needs to identify groups of pixels that correspond to the doglike attributes. Even if you manage to do that, there are issues for your algorithm:

Your classification fails. You realize you cannot manually identify the complete set of attributes let alone devise all the rules needed to deal with all these special cases.

The neural network is so named because there is a similarity between this programming approach and the way the brain works.

Just like the brain, the neural net algorithms use a network of neurons or nodes. And like the brain, these neurons are discrete functions (or little machines if you like) that take in inputs and generate outputs. These nodes are arranged in layers whereby the outputs of neurons in one layer become the inputs to neurons in the next layer until the neurons on the outer layer of the network generate the final result.

Is it accurate to call this type of algorithm a “neural network”?

The human brain is far more complex and powerful than a neural network of course. Naming the algorithm a “deep neural network” was a branding coup but it may create unrealistic expectations about what is achievable with these techniques. That said there are people trying to re-engineer the brain, using a very complex neural network, in the hope that by doing this they will be able to replicate general, human-like intelligence in bot development. So how does a neural net and machine learning techniques help us with our dog recognition problem?

Well, instead of manually defining dog-like attributes, a deep neural network algorithm can identify the important attributes and deal with all the special cases without programming.

How does a deep neural network function?

It does this as follows:

Each neuron on the input layer receives a bit of information from the image as an input and then randomly weights (between zero and one) whether that information suggests a dog or not. A low weight (less than 0.5) means it's less likely that the information is associated with a dog and a high weight means it's more likely the information is associated with a dog. This multilayer neural network approach is called deep learning. Neural networks and deep learning are very powerful techniques for achieving computer comprehension.

So to continue on deep neural networks, the weights of these neurons are then fed as inputs into the other layers of neurons which also randomly assign weights and pass them on as inputs to yet more neurons in the network. This continues until the output layer of neurons gives a binary verdict. If the average of the weights passed to them is greater than 0.5, it's a dog otherwise it's not. These connections between and activation of neurons across a multiple layers of nodes are what give deep neural network applications their power.

How does a deep neural network know if it produces the right answer?

One way it would know is if you undertook the extremely time consuming classification task of labelling all the photographs “dog” or “not dog” depending as to whether there is a dog in the photo or not. The neural net will simply look at the label to see if it correctly identified the dog or not.

How do deep neural networks use training to learn?

This process will carry on in this way until the neural net becomes good at identifying dogs in photos (hopefully).

When the algorithm can accurately identify dogs it is said to have converged. It has been successfully “trained” to identify dogs.

What are the different types of neural networks?

CNNs are powerful image recognition AI tools that use deep learning to perform not only generative tasks, but also descriptive tasks. Examples of generative tasks include auto-cropping, caption writing, videography, mimeograph, and image overlays. A convolutional neural network contains what are called convolutional layers. Each neuron in these layers only processes information from a small part of a visual field. Each neuron’s inputs are lined up in a checksum-like fashion to generate a feature map.

An artificial neural network (ANN) is a network of many perceptrons at different depths or layers that can be understood as a Logistic Regression. ANN is often called Feed Forward Neural Network because inputs are processed only in the forward direction: a layer receives input and sends an output in a linear fashion.

Artificial neural networks are also known as universal function approximators. Pure neural network algorithms such as ANNs and mapping functions that can be implemented as deep learning allow computers to learn any function. One of the reasons why universal approximation is important is the activation function. Activation functions introduce nonlinear properties into the network while learning any complex relationship between input and output. It helps different kinds of the network learn from each other.

How does a deep neural network improve over time?

One way to imagine what the algorithm is doing is to imagine each neuron as a kind of certainty test. Instead of coding all those if-then statements to identify dogs, each neuron is calibrated to add or take away from the final judgment that the object in the photo is a dog. It's as though the judgment (such as dog or not) is split into a large number of connected judgements that contribute in aggregate to a final judgment.

Of course the primary objective is to achieve convergence if that is possible. It's also an important objective to do this in a reasonable amount of time, preferably in a short time.

What is interesting is that the logic that allows neural networks to identify the dogs in the picture is not human understandable. Deep learning models have hidden logic, essentially a black box of hidden layers of nodes creating its own deep network. That said, there have been some attempts to try to visually represent the logic behind neural networks for image recognition tasks. For other cases, it is not possible to see what the algorithm is doing behind the scenes and the deep learning methods remain hidden.

Neural networks and machine learning are popular now but many of these algorithms were known around 50 years ago.

Why are deep neural networks increasingly popular in various industries?

One of the primary reasons that neural nets are much more popular now than when they were first invented, is that processing power is faster and cheaper than it was. Computing power has made all the difference in achieving fast convergence. The other reason is that data is now ubiquitous which increases the value of algorithms that can make use of the data like chatbots for business

Deep learning neural networks are data and processor-hungry techniques that can achieve results that would be impossible for programmers using programming techniques to achieve. They are ideally suited to certain problems where ubiquitous data is available and it is easy to categorize or rank preferable outcomes.

Without having hundreds of thousands or preferably millions of photos of dogs it would be impossible to train the algorithm. These techniques only work when a lot of data is available. This is fairly obvious as all the special cases are unlikely to be represented in a set of just 1000 photos.

One problem in the above example is that much manual work is involved in labelling all the photos. It is easier for the algorithms to use data that is labelled in a structured way. Neural network machine learning that uses structured data is called supervised learning.

This brings us to a central question: is it possible to avoid all of that tagging work? That would be good because not only could you avoid a lot of manual work but also most of the data available on the internet is unstructured i.e. is not carefully labelled or structured.

Artificial neural networks and machine learning that works with unstructured data are called unsupervised learning. Of course, this is the holy grail of machine learning and is more analogous to how humans learn. However, even unsupervised learning by machines requires much more data to “learn” than humans do and machines cannot easily extrapolate to examples that are outside what they have been trained on.

Some people believe that these types of algorithms can be developed, perhaps by re-engineering the brain, to the point that the algorithms start to approach a human-level “understanding”. They believe that it will be possible to use sophisticated scanning technology of the brain to give us insights into how the neural networks of the brain actually work. By copying these designs and patterns we can replicate human-level intelligence.

While the techniques are no doubt ingenious and very useful, especially where a large data set is available, it is hard to imagine that such simple algorithms could be the basis of a highly creative human-like intelligence.

The goal of a chatbot is to make machines understand humans. Up to now, software has not been good at... 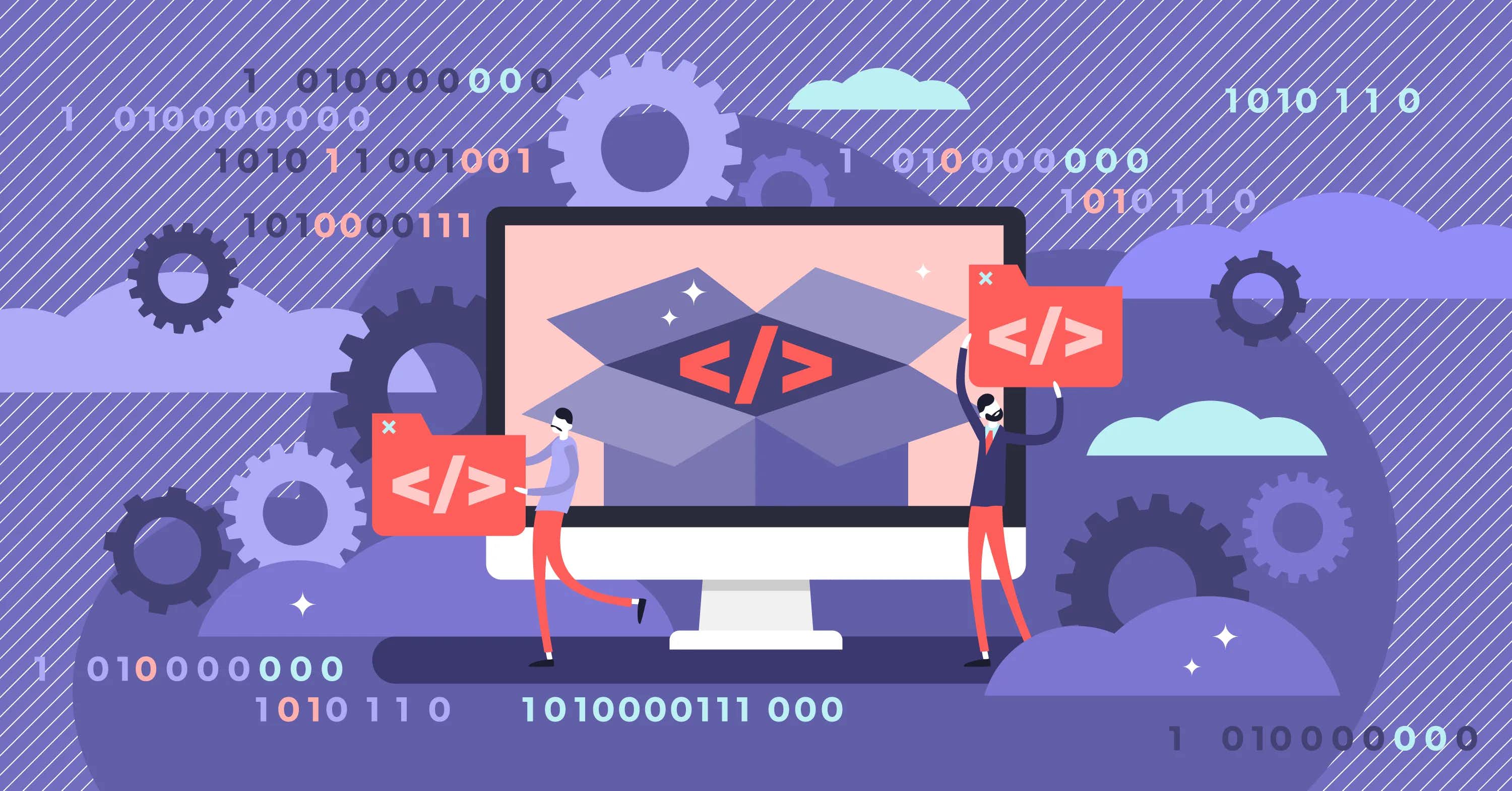 13 Best Open Source Chatbot Platforms to Use in 2022

Read about the pros & cons to help you find the best open-source software for your needs.

Human in the Loop For Enterprise Chatbots

In the world of chatbots “human in the loop” means the ability of human agents to monitor and manually take charge of...